Did you know that Ivan Rakitic will forever be remembered as the first footballer to captain his team to victory in the UEFA Europa League final and also receive the Man of the Match award? If not, you probably don’t know that he was crowned Croatia’s Sportsman of the Year in 2015 and that his international career began with the Swiss youth team.

Ivan was born on 10 March 1988 in Möhlin, Switzerland, and grew up with his Croatian family in the Central European country where his father and older brother Dejan Rakitic, who were footballers, inspired him to take an interest in football.

After an impressive youth career with FC Basel, Ivan started his senior career with the club in 2005, moving to the Bundesliga with FC Schalke 04 in 2007 and then to Sevilla in Spain in 2011. In 2014 he signed a five-year contract with FC Barcelona. 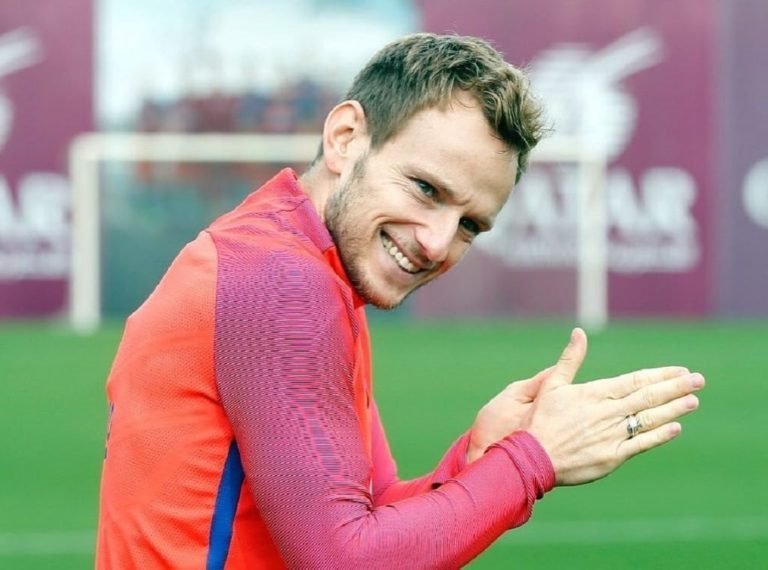 During his youth career, Ivan was a Swiss star who played in all of Switzerland’s youth national teams. As his father comes from Sikirevci in Brod-Posavina (Croatia), he was invited by the Croatian national football team to join the senior national team. He accepted the invitation and has worn the country’s jersey since September 2007.

It is common knowledge that the Barcelona attacking midfielder has been married to Raquel Mauri since April 2013. The two were married in a secret wedding after being together for over two years.

As it was a secret wedding, many people did not know that they were already expecting their first child when they got married. So it was quite a surprise when it turned out that Ivan had fathered a daughter – Althea. It was only a few months later that he married his partner; Althea was born sometime in July 2013. About 3 years later, in May 2016, the couple welcomed their second daughter and named her Adara. 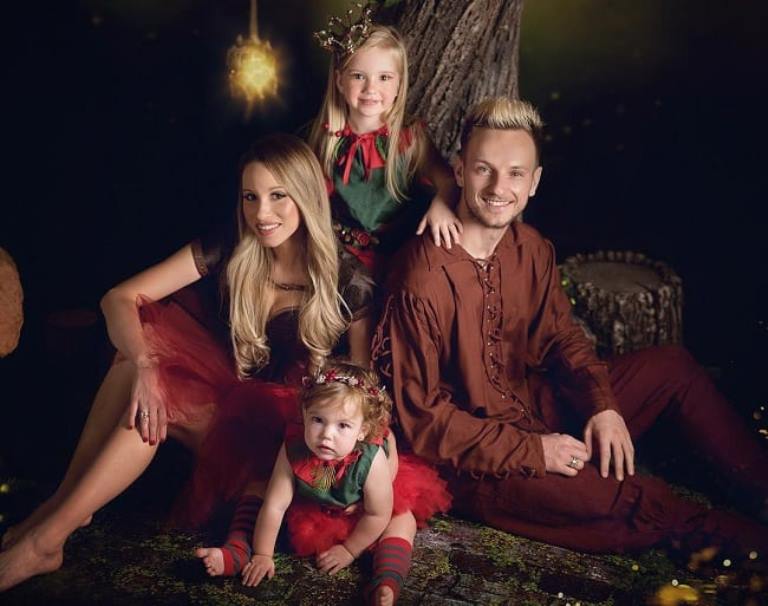 We have learned that Mr. Rakitic accompanied his wife to most of the clinical examinations that followed the birth of his two daughters. He once said that the responsibility that comes with being a father had taken him by surprise. Nevertheless, he remains committed to building an amazing and good-natured home with his partner.

Although Ivan Rakitic’s marriage to Raquel Mauri clearly shows that he is not sexually attracted to his gender, people were forced to question his sexual identity during the 2014 UEFA Europa League final.

After the battle between Sevilla and Benfica at the Juventus Stadium in Turin, Italy, Ivan Rakitic was captured in a vigorous mouth-to-mouth kiss with Daniel Carrico as he celebrated Sevilla’s 4-2 triumph over the Portuguese side.

The Croatian footballer is slightly taller than 1.84 m (6 feet) and his weight varies between 76 and 79 kg. Further information on his body measurements is given below:

Other Facts to Know About Ivan Rakitic

1. the Croatian midfielder won the Swiss Cup with Basel in the 2006/07 season, and in the same season, he was honored as junior player of the year in the Swiss Super League and for scoring the seasonal goal.

3. The Barcelona star, who was named Croatia’s Footballer of the Year 2015, received the La Liga Player of the Month award in January 2014.

5. The Croatian football star is also part of the La Liga team for the 2013-14 season, where he was one of the players in the UEFA Europa League’s selection team. That is not all, Ivan made it back to the 2014-15 La Liga team and the UEFA Champions League selection team of the same season.