Celebily
Home Celebrities Did Burke Ramsey Really Kill His Sister? Where Is He Now?

Burke Ramsey is the brother of the deceased JonBenet Patricia Ramsey, a child beauty queen who was killed at the age of six in her family home in Boulder, Colorado. This notorious 1996 murder remains an unsolved crime and the Boulder Police Department is still investigating.

After the tragic event, other members of JonBenet’s family came under suspicion for killing the little girl. In addition to her parents, John and Patsey, some began to speculate that Burke had a hand in her sister’s death.

Even after 21 years, JonBenet’s murder remains one of the most enigmatic and widely discussed mysteries in American history.

Scroll down to find out all the details about Burke’s sister’s murder mystery, his early life, and how he copes with all the recriminations and his sister’s death.

Burke Ramsey Is The Son Of A Successful Businessman

Burke Ramsey, now 34 years old, was born on 27 January 1987 to parents John Bennett Ramsey and Patricia Ramsey. His father John was a successful businessman. He worked for the Navy as a Civil Engineer Corps officer. Burke’s father later founded Advanced Product Group, which then merged with two other companies to become Access Graphics, a successful computer services company.

The family lives a comfortable life in Boulder, Colorado. Like his late sister, Burke’s mother was a beauty queen, a former Miss West Virginia.

After his mother’s death, Burke’s father, John Ramsey, dated for a short time Beth Twitty, the mother of Natalie Holloway, who disappeared in Aruba in 2005. They later broke up, with John saying that “Beth was behind me in terms of the mourning cycle”.

In addition to JonBenet, Burke has two older half-siblings from her father John’s previous relationship.

Where Was Burke Ramsey During The Murder Of His Sister, JonBenet?

Burke Ramsey was just nine years old when his sister was tragically killed in the basement of the family home in Boulder, Colorado. He once said that at the time of his sister’s death, his mother searched his room, saying, “Where’s my baby? Where is my baby?

Burke’s baby sister had been strangled, shot in the head, and was under a white blanket on Boxing Day.

Earlier, Ramsey’s parents had reported to the police that their daughter had been kidnapped and that they had found a note demanding a ransom of USD 118 000.

When they found their daughter’s corpse, they said she had a nylon cord around her neck, her wrists were tied above her head and her mouth was taped shut.

Did Burke Ramsey Kill His Sister?

Years after the mystery was solved, a CBS miniseries claimed that Burke was responsible for JonBenet’s death. Although some investigation documents suggested that the brother was the most likely culprit.

Then, in 2008, Burke and his parents got a clean bill of health after the investigation team found DNA fragments from three men on JonBenet’s clothes.

In addition, Patty and John had also denied that Burke was responsible for his sister’s death and claimed that he was asleep until they called the police.

On the other hand, the original evidence that helped prove Burke’s innocence has since been challenged. Experts say the conclusions could have been drawn from other sources, given revelations that the FBI made several mistakes when analyzing the crime scene.

For example, it later emerged from a 911 call that they heard John say, “We’re not talking to you”. The tone was meant for a child (speculatively, Burke). Subsequent call recordings showed Patsy exclaiming, “What did you do? Help me, Jesus!”

Investigators concluded Burke Killed His Sister Because She Took His Snacks

The FBI team also said that when JonBenet tried to take one of her brother’s fruit snacks (pineapples), nine-year-old Burke lost his mind and hit his sister forcefully with a shovel. Several media outlets subsequently put forward the theory that Ramsey suffocated his sister because of the panic.

The autopsy also revealed that there were pieces of undigested pineapple in JonBenet’s system.

The research team later suspected that Burke Ramsey had accidentally killed his sister. After this was discovered, his parents, Patty and John, tried to cover up the murder to protect their son.

Investigators reported that the deceased’s brother was jealous of her beauty queen title and had even smeared poo on her Christmas presents. They claimed that Burke had always been quick to anger even before his sister’s death. So, while playing golf with his sister, the elder brother lost his temper and hit her on the head with a golf club, leaving a scar on her head.

CBS even released a documentary, The Case of JonBenet Ramsey, explaining that JonBenet’s brother was the real killer. 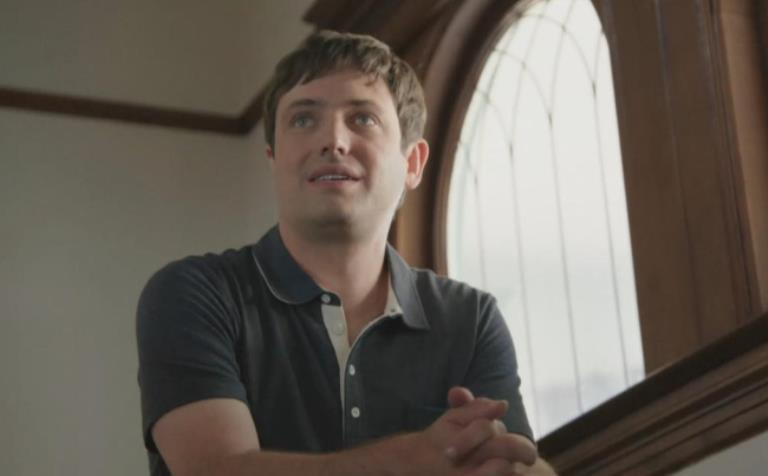 Burke and CBS later settled out of court for an undisclosed sum.

Ramsey had also sued Dr. Werner Spitz, who accused him of murdering his six-year-old sister in the documentary.

In a conversation with Dr. Phil in September 2016, Burke stressed his innocence, as well as the innocence of his mother and father. JonBenet’s brother, who is now a software engineer, added that he was also willing to take a lie detector test to be innocent. He further denied the allegation that he had sexually abused his sister.

Some, however, argued that he was still a murderer, citing a “terrible” attitude throughout his time on the show. To this, Dr. Phil explained that Burke was simply socially awkward.

After JonBenet’s murder, the media and people suspected the entire Ramsey family, including the little girl’s deceased mother, Patsy. Especially because the handwriting on the ransom note was similar to hers.

In an exchange with Dr. Phil, Burke said,

“Not to say she never got upset, but nothing near laying a finger on us, let alone killing her child.”

The tech guy claimed that his mother never spat on her children, “not even close”.

Private investigator Olly Gray claimed that Burke’s sister, JonBenet, was killed by Michael Helgoth, whose family owned a dump on the outskirts of town. But he died in 1997 in an apparent suicide. A few years later, police removed him from the list of suspects when they discovered that his DNA had not been found under JonBenet’s fingernails or in her underwear.

Then, in 2006, former pedophile teacher John Mark Karr confessed to the blonde’s murder. He as also released because his DNA did not match the DNA found on the girl’s body.

Several suspects were also arrested by the authorities, but none has been reliably convicted so far.

ALSO READ: Who Is Liza Koshy Boyfriend? What About Her Relationship With David Dobrik

Where Is Burke Ramsey Now?

InTouch Weekly reported in June 2018 that Burke has long preferred a quiet life, starting with the death of his sister. He has been working from home even before the pandemic in 2020. Presumably, he did this to protect himself from human attacks.

It is also unclear whether Ramsey had married or had a romantic partner. However, in 2015, news.com.au shared a photo of Burke next to an unidentified woman – speculated by many at the time to be his girlfriend/wife.

In 2012, his father, John Ramsey, told People magazine that his son had “matured” and was living a “pretty quiet” life. He also confirmed at the time that his son was doing well, and had a girlfriend and a job in the high-tech industry. Although it is not certain whether JonBenet’s older brother is still with the same lady. The father of four also said that his son has a 401(k) plan and an IRA with Patsi.