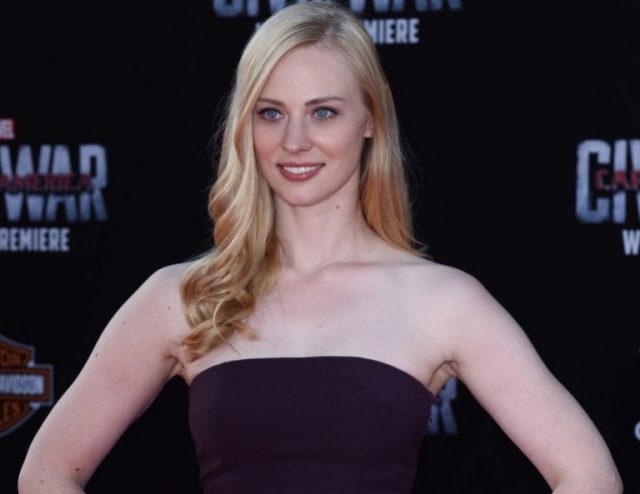 Deborah Ann Woll is an effortlessly beautiful and talented actress. The young actress is best known for her roles in Daredevil, True Blood, and The Defenders. She has also built a modest and successful career that is the envy of many. Deborah is also one of the many celebrities who use her platforms to draw attention to issues that are close to their hearts.

Here you will find everything you need to know about this remarkable actress.

Deborah Ann Woll was born on 7 February 1985 in Brooklyn, New York. Her mother works as a teacher at the Berkeley Carroll School, while her father is an architect. Deborah Woll attended Packer Collegiate Institute High School for her secondary education. In 2007 she received her Bachelor of Fine Arts in Acting from the University of Southern California and was also trained in London at the Royal Academy of Dramatic Arts.

The actress, who is of Irish and German descent, was interested in acting, piano, and dance as a child – and this led to the career of which she is proud today.

The American actress is probably the reason why you loved watching the HBO drama series True Blood so much; but before she joined the show, Deborah began her career in 2007 with guest roles on TV shows such as Life ER, CSI: Crime Scene Investigation, My Name is Earl, The Mentalist and Aces ‘N’ Eight.

Her big break came in 2008 when she played Jessica Hamby, a sexy and wild vampire in the famous HBO vampire drama series True Blood. Although she was originally hired as a recurring character, she was promoted to a regular character later in the second season. After a successful run, the series ended in 2014.

In 2010 she made her feature film debut with the horror movie Mother’s Day. In 2011 she starred in films like Little Murder, Seven Days in Utopia, Fang. 44 (alongside Bruce Willis and Forest Whitaker), Someday This Pain Will Be Use Use to You and Ruby Sparks.

In 2013 she joined the cast of The Automatic Hate. In the same year, she also performed in Parfumerie at the Wallis Annenberg Center of the Performing Arts.

Since 2015, Deborah Ann Woll has played the lead role as Karen Page in the Marvel series for Netflix’ Daredevil, The Punisher, and The Defenders. She also starred in the films Silver Lake and The Maze.

Since 2007 Deborah Ann Woll has been in a relationship with her long-time comedian friend Edward E.J. Scott. The two met when she was 23 and fresh out of university. She browsed through a dating site and found his profile interesting. Edward thought she was pretty and nerdy, so he convinced her to date him.

The comedian has an unusual general disease called choroideremia. It’s a disease that causes its victims, mostly men, to slowly go blind. His maternal grandfather had the disease and once fell down a drain.

Edward did not hide his condition from Deborah, and it was his honesty that caught her attention in the first place. His sight is currently compared to looking through a paper towel tube. He was diagnosed at the age of 27 and was declared legally blind. When asked what he would miss if he became completely blind, Edward said television, comics, and movies.

Although many people assume that the couple is married, they have not tied the knot yet – they are only in a long-term relationship. Deborah Ann Woll has said that she is not exactly the type for a wedding and that they may not get married, but she is bound for life and wants to have children.

For the actress, her favorite part about Edward is his ghost. He once ran a 12-meter marathon to raise research funds for his disease. Deborah, on the other hand, uses her celebrity status to raise awareness of Edward’s illness and raise funds to find a cure for Edward.

She has referred to his strength as what helped her overcome her autoimmune disease, celiac disease – a disease that she was diagnosed with from childhood and which leads to gluten intolerance.

Deborah Ann Woll stands at an impressive height of 5 ft 10 inches and weighs 58 kg. Her other body measurements are 37-25-37 inches.

To maintain her figure, the actress’s fitness routine includes lifting and conditioning exercises. She also prefers a high protein diet to stay in shape.