Celebily
Home Politicians Barack Obama’s Height As Against That of His Predecessors, His Fitness Routine...

The presidency of Barack Obama would remain one of the most memorable in the history of the United States; at least for being the first African-American leader of the country. Barack was the 44th President of the United States and served from 2009 to 2017. Barack Hussain Obama, born on August 4, 1961, is the son of Barack Obama Sr. of Nyanza Province, Kenya, and Ann Dunham of Wichita, Kansas. Obama became a public figure in 1996, five years after graduating from Harvard Law School. He held his first political office as a senator from the state of Illinois.

Under the Democratic Party, Obama defeated the Republican presidential candidate John McCain. On November 4, 2008, he was named America’s 44th president, and he held that office until 2017. In addition to his intellectual and political decisions that contributed to the country’s growth, he is also remembered as a stylish leader. What role did his height play in this, and how great is he compared to other US presidents? You can find this and more about Barack Obama’s height if you read on.

ALSO READ: Everything You Need To Know About Barack Obama’s Relationship With The Members Of His Family

How Tall Is Barack Obama?

Many people miss having Barack Obama as president for several reasons, including his good looks and appropriate size. The man is 6′ 1 (1.85 m) tall, which is above the average American male height of 5 feet 9 inches. 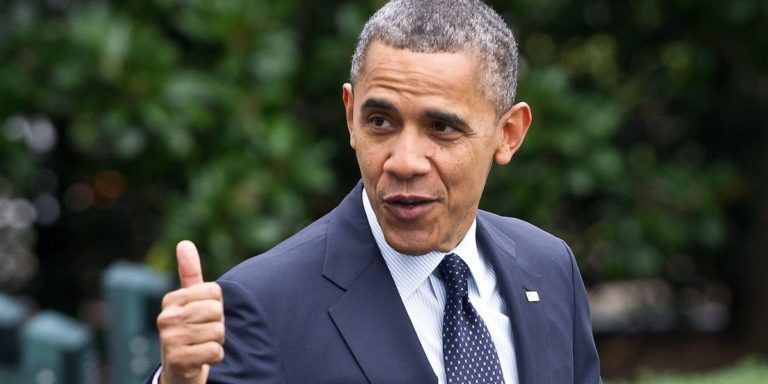 For someone as tall as he is, it is almost natural that Obama bears a particular resemblance to him in some sports where his height is highly valued. Take basketball, for example, 6’1″ is usually desirable for a point guard. But if you master the game, 6’1″ can also take the position of a shooting guard. In his student days, Obama played basketball and was popularly known as “O’Bomber” because of his skills in the game. He was known for playing in the J.V. as well as the school team at the Punahou School in Hawaii. He also played the game during his college years at Occidental College and even won a state championship in 1979.

Even during his term as President of the United States, Obama never left his favorite game. In 2009, he was caught in a jump shot with his left hand on the White House basketball court.

Barack Obama’s height is equal to that of Rajon Rondo, Kevin Johnson, K.C. Jones, and Bill Sharman, who is often considered to be among the best players in the NBA. There are rumors that the former US president is wearing elevator shoes, but these claims have not been confirmed.

Barack Obama Height Compared With Other US Presidents

While Abraham Lincoln, the sixteenth U.S. president, is still the tallest at 6 feet 1 inch, Obama is ranked 10th on the list behind George H. W. Bush, Franklin D. Roosevelt, George Washington, and Chester Arthur, all of whom were 5’9″ tall. 2. Thomas Jefferson the 3rd president was 6 ft 2 1/2, while Donald Trump is 6 ft 3 inches tall. 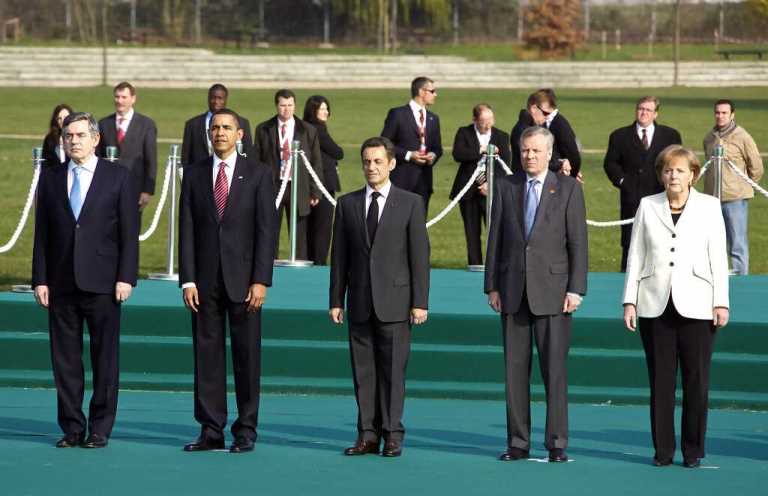 After Obama come those who were 6 ft tall, like James Monroe, James A. Garfield, and Gerald Ford. The least tall so far are Martin Van Buren and Benjamin Harrison, who were both 5’6. There is also James Madison; he was 5’4. There are many other famous people as tall as the former President of the United States of America. Leonardo DiCaprio, Keanu Reeves, Justin Timberlake, and Cristiano Ronaldo are all as tall as Barack.

How Tall Is Obama Compared to His Wife and Kids?

One thing you will always remember about Obama and his wife is their constant public display of love and support for each other. Michelle is not only actively involved in her husband’s political life but is also known as a sports enthusiast. Obama’s wife is 1.5 meters 11 inches tall and her husband is slightly taller than her.

When you look at the two together, you could easily think that the former First Lady is just as tall as her husband. This is probably because the woman knows how to best show off her appearance. She has a very intimidating body structure with shapely legs and a slim waist that fits her husband’s figure perfectly. 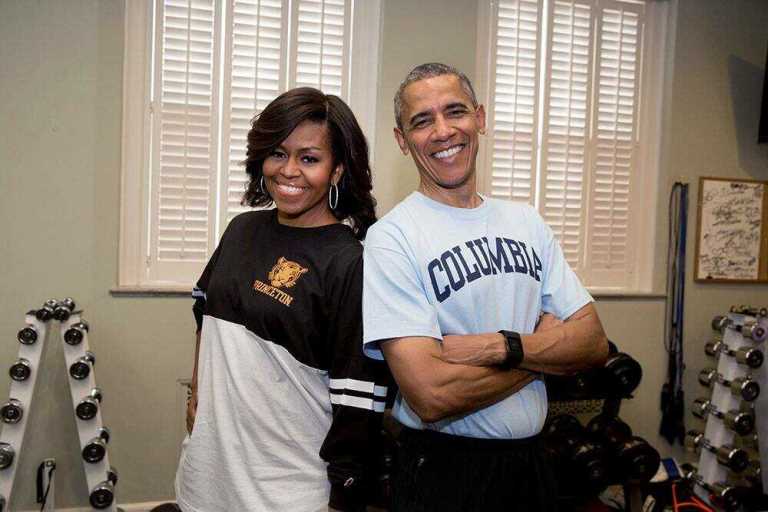 Obama was 27 years old when he first met Michelle LaVaughn Robinson, and they were married on October 3, 1992. The couple is blessed with two beautiful daughters who happen to be a replica of the two. It is clear that genes play an important role in determining body size, the Obamas are a good example of this.

Their daughter Malia Ann Obama, born on July 4, 1998, grew to be 1.80 m tall at the age of 21. When she was 13 years old, the former president joked about his daughter’s height and said she would still be his daughter no matter how tall she grew up. Obama’s youngest child Natasha (Sasha) is 1.5 meters 9 inches tall. She was born on 10 June 2001.

Obama is probably the fittest president in the history of the United States of America. During his time as president, questions about his weight became quite controversial when Mitch McConnell, the minority leader in the Senate, planned to ask Congress to convene a bipartisan committee to investigate his weight, which at that time was about 179.9 pounds.

ALSO READ: Does Lady Gaga Have A Fiance, Husband, or Boyfriend?

Jon Kyl, the then-Republican faction leader in the Senate, even asked Obama to resign on the claim that he had “no weight”. However, a medical report published in 2016 showed that Obama weighed 175 pounds (79 kg) thanks to his adherence to a healthy diet and a consistent training program. 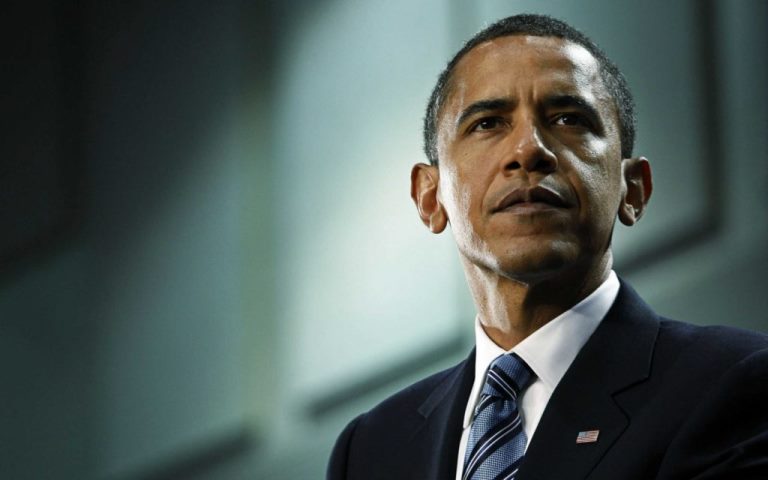 His strict adherence to a healthy lifestyle gave him an improved lean body mass. Obama trains daily, incorporating aerobic fitness and resistance weight training into his routine. In October 2008, he told Men’s Health magazine that he trains for 45 minutes six days a week. His daily training consists of a treadmill run and resistance training, alternating between strength and endurance training. Occasionally he performs plyometric and abdominal exercises. Barack plays sports such as golf, basketball, and boxing.

Although he has made an effort to quit smoking, there is no doubt that Barack Obama is an absolute training fan. His chest and waist measure 43 and 33 centimeters respectively.

Besides a decent training routine, Brack Obama also includes a plan for healthy eating. Although we cannot exclude his good genes, there is no doubt that the right diet plays a crucial role in his good health. Coffee was never part of his breakfast, and sugar, carbohydrates, and fats were never part of his meals. He consumes more salads and fruits.

For breakfast, he often eats eggs, potatoes, and wheat toast. This helps keep his cholesterol level low, boosts his metabolism, and keeps him away from the risk of becoming obese. However, he has a preference for burgers and Nicorette chewing gum.