It really looks like the marriage between actress Amanda Anka and actor Jason Bateman is the lucky type, as they now serve as a source of inspiration for prominent couples who can’t keep their homes together. The couple has been married since 2001 and after 18 years and two children, they are still strong.

Amanda can best be described as a film and television actress, she has also acted as a dubbing artist in the past. She stepped into the spotlight on the set of the movie Buffy the Vampire Slayer, and since then Amanda has played remarkable roles in productions such as Taxi. Lost Highway, Lightbulb, and Cherry Falls. Read on as we explore the life and celebrity profile of Jason Bateman’s wife.

She is an American citizen and was born in New York City on December 10, 1968. She was born with the first name Amanda Katherine Anka, her star sign is Sagittarius and she is of white descent. Both her parents were in show business, her father Paul Anka earned his living as a musician and actor, while her mother Anne de Zogheb became known as a model. Their parents’ marriage lasted over 37 years, from 1963 to 2000, and apart from Amanda, their second child, they have four other daughters – Alexandra, Anthea, Amelia, and Alicia. Amanda’s only male sibling is her stepbrother Ethna Anka. 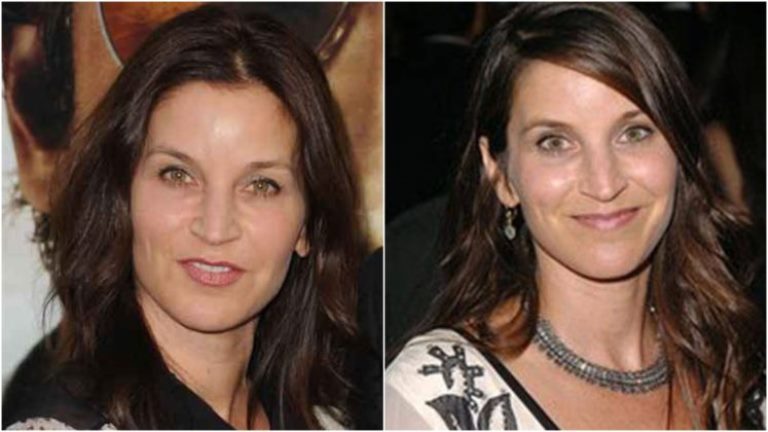 She was catapulted to instant fame when she appeared on the set of Buffy the Vampire Slayer, a television movie released in 1992. In 1997 she appeared in the cast of Lost Highway – a French-American neo-noir film. The slasher movie called Cherry Falls cast her in the role of Deputy Sheriff Mina. Amanda appeared in the 2004 film Taxi, then she starred in Lightbulb – an indie drama. She has also appeared as a guest star on several television shows including Diagnosis Murder, 90210, ER, and many others.

As an actress, Amanda has accumulated a decent amount of money as her net worth; a less reliable source put her accumulated net worth at $1 million. Her superstar husband, however, boasts $30 million as his estimated net worth. In 2014, the couple traded in their mid-century, 2,879-square-foot modern style home in Hollywood Hills for $2.25 million, only to purchase a five-bedroom house in LA for $3 million. The former owner of the house was the late actor Ernest Borgnine.

The story of Amanda’s love life is very simple, as she seems to be a one-man woman. Her marriage to Jason Bateman has lasted for almost 18 years since they tied the wedding knot in 2001. Her marriage makes her the daughter-in-law of renowned actor, director, and producer Kent Batman and the sister-in-law of Justine Bateman, another entertainer in the Bateman family.

The couple’s marriage is blessed with two children, a pair of daughters. Francesca Nora Bateman, whose date of birth is February 28, 2006, is her first, she soon became a sister of Maple Sylvie Bateman, who was born on February 10, 2012.

Amanda Anka’s height is 5 feet 4 inches, while her body weight of 53 kg corresponds to her height. Amanda’s general body measurements from the bust to the hip are indicated as 34-24-34 inches. Amanda Anka wears a bra size of 32B, she is a natural brunette with hazel eyes.

ALSO READ: Khalil Underwood Bio, Facts And Everything To Know About The YouTuber

The wife of Jason Bateman made headlines in 2014 when she made accusations against the well-known hotelier Andre Balazs for Groping her. It happened at the Chiltern fire station in London, where they were attending a dinner party after the premiere of Horrible Bosses 2, her husband’s film.

According to Amanda Anka, Balazs slipped his hand up her skirt and grabbed her crotch as she was walking up the firehouse ladder, which was constructed so that guests could watch the magnificent view of London. Media sources revealed that Amanda initially hesitated to climb the ladder, but changed her mind at Balazs’ urging. Her husband called the hotelier and spat chewing gum in his face when she told him what had happened, and they had to leave the premises immediately.