The professional mixed martial artist Aljamain Sterling is admired by many lovers of this sport. Through his fights at the Cage Fury Fighting Championships, winning and defending his championship title in the Bantamweight Division, he gained wide recognition. He made his UFC debut in 2014 and is part of the Serra-Longo Fight Team. Here you will find everything there is to know about Aljamain Sterling’s career and private life.

Aljamain Antoine Sterling was born on July 31, 1989, in Cortland, New York. He grew up in Roosevelt, but later moved to Uniondale in the 6th grade and attended Uniondale High School. Sterling had been wrestling since his time in Cortland. He did not grow up rich and had to do menial labor to meet some basic needs. He worked as a shoe salesman at Saks Fifth before he was fired because he called to cancel work due to a school emergency. After that, he worked as a hairdresser at school.

Besides martial arts, Aljamain was also interested in basketball. He tried out for his high school basketball team at Uniondale High School but did not make it onto the shortlist. Sterling focused his energy on perfecting his wrestling skills. After high school, he went to the State University of New York, Morrisville, where he studied accounting and continued wrestling. There he met Jon Jones, who introduced him to the mixed martial arts while they trained together. Sterling then went to SUNY-Cortland where he became a 2x All-American wrestler at 133 lbs. and 141 lbs. He graduated with a degree in physical education.

Inspired by his success as an amateur wrestler, Sterling decided to go pro in 2011. He fought in the Ring of Combat Organization, where he won his first professional title before participating in the Cage Fury Fighting Championships. In a very short time, Sterling won the CFFC Bantamweight Championship and defended the title three times. His success caught the attention of Dana White’s UFC and he was signed on in 2014.

Sterling has two younger sisters (twins) and a younger brother, Troy Sterling, who is also a wrestler.

Aljamain has been meeting a certain mysterious lady for a long time and we can see that her name is Rebecca Cruise. It is not certain when they started meeting, but they have been together since 2015 at the latest when their relationship hit the news after reports appeared that the undefeated professional boxer Floyd Mayweather had tried to steal Becca from Sterling.

Although details of the incident were released online in July 2015, it occurred in May 2015, the day after UFC 187 took place in Las Vegas, Mayweather’s city. 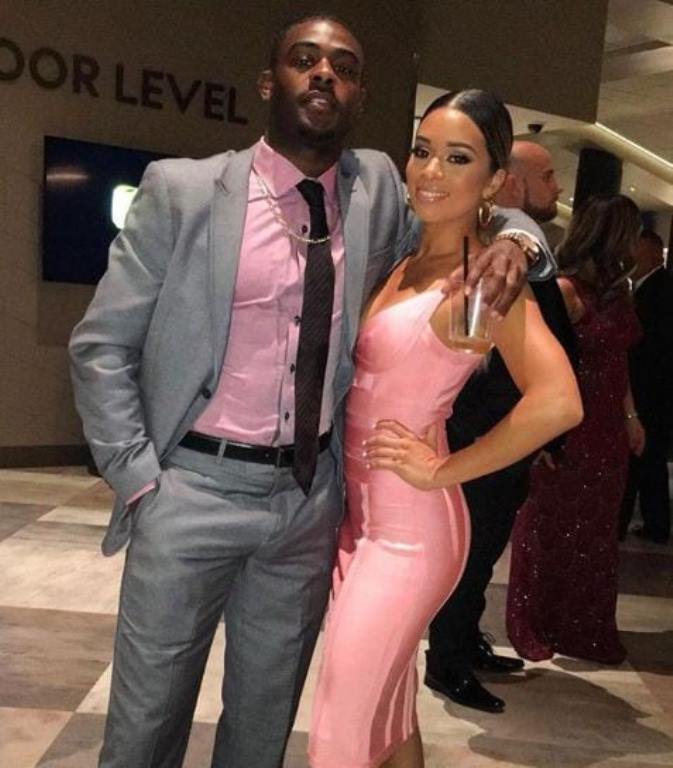 A pool party was held where many of the UFC fighters gathered to reminisce about the event. Sterling was at the bar with his girlfriend Becca and teammate Chris Weidman, chilling out as the leader of the money team made a grand entrance with an entourage of about 30 people.

ALSO READ: Who Is Jake Short? Here’s Everything You Need To Know

After Sterling told the story to Fox Sports, Mayweather came in and signaled Becca to join him, but she declined and pointed in Sterling’s direction to indicate she was coming with a man. The money didn’t back down so quickly when he sent his bodyguard to talk to Sterling and come down with her, but Sterling persisted. He sent another member of his entourage, this time a lady, but Sterling was only irritated by Mayweather’s advances. In the end, Mayweather was a loser.

Miss Cruise has ridden Sterling since then or died, and judging by her appearance it is obvious why Mayweather was immediately interested in her. Sterling occasionally publishes articles about his girl on his social media sites, documenting dates and vacations on exotic beaches, but he never gives out too much information about his girl’s identity. Not even her social media handle is known to the public. I suspect that privacy has played a role in keeping them together for so long.

Aljamain Sterling is a good fighter in many ways. According to his profile on the official UFC website, he is 1.70 m (5 feet 7 inches) tall. His range (a body measurement that correlates with height) is 180 cm, while his leg length is 39 inches. Sterling weighs 61 kg, which corresponds to a weight of 135 lbs and about 9.6 stone. He has competed in both the featherweight and bantamweight classes.