As for the former president of the United States of America, he is definitely one of the most unique and interesting but today not everything revolves around him. Let’s look at the story behind the man by looking at Abraham Lincoln’s wife sons and family as a whole.

Although she was married to one of the most popular American presidents she was not as popular as the First Lady. Some would say that it was because she came from a privileged environment and as such was not as related as her husband. However, we should all remember that she was a woman who saw a lot of pain in her life so perhaps that contributed to the general mood. 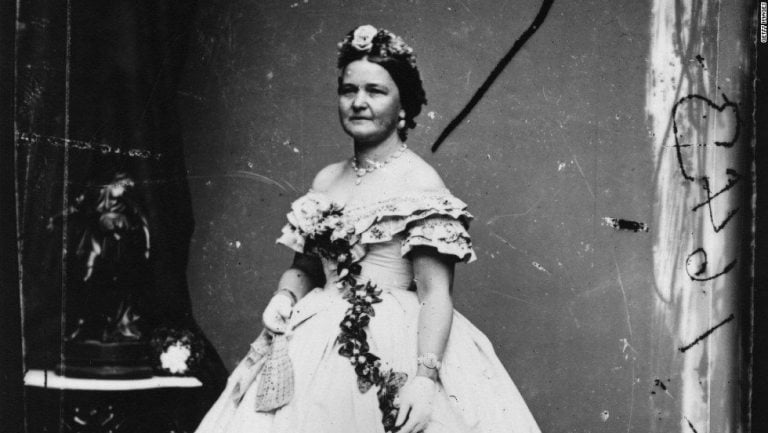 Well let’s get straight to the point she was born on 13 December 1818 as Mary Ann Todd in Lexington Kentucky. A woman of this age, received an excellent education and even learned to speak French. So how did she meet her future husband? She met him when he was still an aspiring lawyer and politician while she stayed with her married sister Elizabeth Edwards.

Apparently and our relationships were one thing at the time and it is best to believe that Lincoln and Mary had one but in November 1842 they finally tied the knot and she officially became Abraham Lincoln’s wife. She was 43 years old when she became the 16th FLOTUS and if you wonder exactly what made her so unpopular it was indeed her extravagance at a time when the nation was fighting that made her so uncomfortable.

All in all, she did not live a very pleasant life; her husband was shot in front of her eyes only one of her four sons survived she was a sickly woman and she died penniless on July 16, 1882, on the age of 63 years.

Abraham Lincoln’s wife gave birth to four sons for him the sad thing is that only one of them could grow into adulthood. Nevertheless, we jump in and meet them. His first son was Robert Todd Lincoln and he was the only member of their family who actually made it into the 20th century.

Robert was born on August 1 1843 and he died on July 26, 1926. The first Lincoln child had a somewhat distant relationship with his father yet Abraham Lincoln was proud of Robert and considered him intelligent but also a competitor. Robert in turn admired his father and cried openly on his deathbed.

He could be considered both happy and unhappy; happy in the sense that he could live out his life marrying and even conceive 3 children. Then bad luck in the sense that his mother father or brothers were not alive to share this life with him. The next son was Edward Baker Lincoln named after Lincoln’s friend Edward Dickinson Baker.

Not much is known about Lincoln’s son Eddy as he did not make it to his fourth birthday but there is evidence that he was a sweet little boy with a good heart. He died a month before his fourth birthday from the consequences of consumption which left his parents devastated.

Her third son William Wallace Lincoln was born on 21 December 1850 and he died on 20 February 1862 at the age of 11 named after his mother’s brother-in-law Dr. William Wallace. Willie and his younger brother Tad were considered “notorious hells” when they lived in Springfield.

The tragedy occurred in early 1962 Wille and Tad were both affected by typhoid fever but Willie had a more severe case and died as a result. The whole family was marked by the loss. Thomas “Tad” Lincoln III was the fourth and last son the couple had. His father gave him the nickname “Tad” because he found him as wriggling as a tadpole at birth.

Tad managed to survive his father but after he was 18 years old he died after suffering from tuberculosis pleuritic attack pneumonia or heart failure.