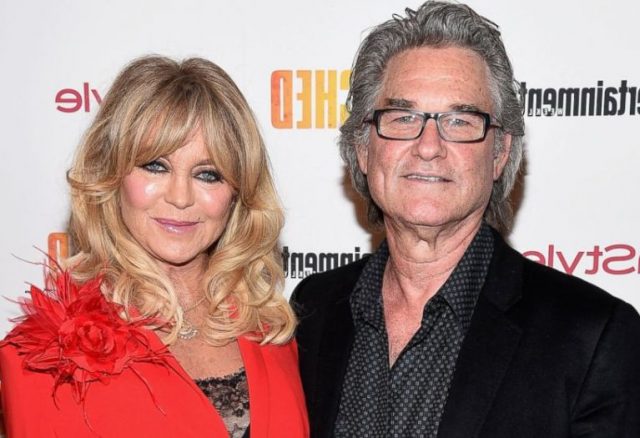 Goldie Hawn has been a popular face in Hollywood for over three decades. Fans know her for her bubbly and hilarious screen personality. So from time to time, people think about whether Goldie is as happy and fulfilled in real life as she seems to be in front of the cameras. A detailed look at her relationships will certainly help us to determine this. But before we look at the facts about her marriage and family life, we should look at what she does for a living.

How Goldie Hawn Became an Entertainer

Hawn is an American actress, comedian, singer, and film producer. She first attracted public attention in the late 1960s with her outstanding performances in Rowan & Martin’s Laugh-In (1968-70) and Cactus Flower (1969). The actress was born on 21 November 1945 in Washington D.C. into a Jewish family. Her mother Laura Hawn owned a jewelry store and a dance school, while her father Edward Rutledge Hawn worked as a musician. She is of German and English descent.

Goldie grew up in Takoma Park, Maryland, and began taking ballet dance classes at the age of three. Her first appearance on stage was in 1964 when she appeared as Juliet in Shakespeare’s Romeo and Juliet at a Virginia Shakespeare Festival. Hawn attended Montogomery Blair High School in Silver Spring before being admitted to the American University to study theater, which she, unfortunately, dropped out of in 1964.

She then moved to California where she began her acting career with a role in the CBS comedy Good Morning, World (1967-68). In the following years, she established herself as the famous entertainer we all admire.

The Secret of Her Long Relationship with Kurt Russell

Goldie Hawn has been in a romantic relationship with Kurt Russell since 1983. The duo met in 1966 on the set of Disney’s 1968 music film, The One and Only, Genuine, Original Family Band. However, they did not start dating until they met again during the filming of Swing Shift in the early 1980s.

Goldie and Kurt finally met in 1983 and about three years later they welcomed a son; that was in 1986. Their relationship flourished over the years without any scandal or controversy. In the early 2000s, however, rumors began to surface that the Hawn-Russell relationship was on the verge of collapse, with Goldie claiming infidelity. It was said that the actress had cheated on Kurt with popular news reporter Charles Glass and Pakistani Prime Minister Imran Kahn. The allegations have not been substantiated, and the two are still together.

Although they are not married, the relationship between Hawn and Russell has survived many marriages, especially those of other celebrities. In an interview with People in 2017, Goldie Hawn named things like love, gratitude, compassion, laughter, and sex as the secrets of their long-lasting relationship. Earlier, she mentioned that leading and resolving disputes helped them stay together.

Goldie Hawn was married twice and both ended in divorce. On May 16, 1969, she married Gus Trikonis for the first time. They separated in April 1973 and divorced in June 1976. Goldie and Gus had no children together. After their separation from Trikonis, Hawn dated several men, including Ted Grossman, Bruno Wintzell, Franco Nero, and Bill Hudson. After getting engaged to Hudson, she finally filed for divorce from Gus Trikonis.

Barely a month after her divorce, Hawn allied with Hudson in July 1976. But then the union also got into trouble after Bill filed for divorce in August 1980, which was completed in March 1982. Unlike the first, this second union produced two children. Before separating from Hudson and meeting Kurt Russell, Hawn dated Yves Rénier, Tom Selleck, and Victor Drai, a businessman from Morocco. 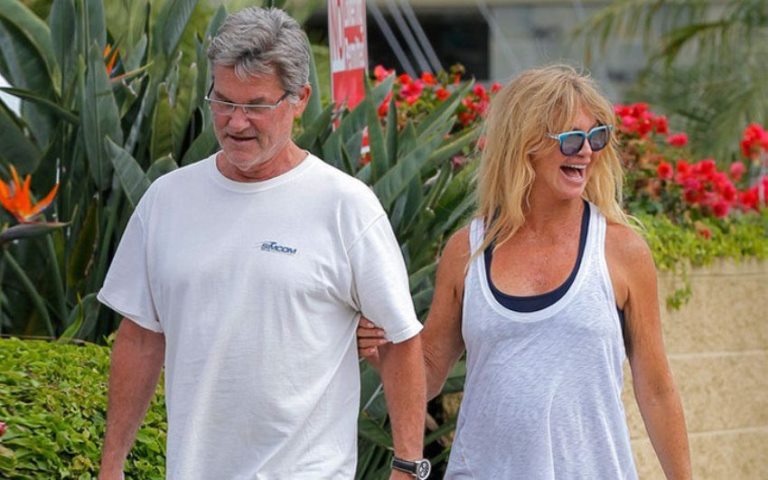 For Kurt Russell, he was once married to Season Hubley, an American actress, and singer. They married in 1979 and divorced in 1983. Russell and Hubley had a son together.

Goldie Hawn and Kurt Russell have a total of four children from their current and past relationships. Look at what we know about them.

Wyatt Russell is the only child they had together. He was born on July 10th, 1986. Wyatt had a brief hockey career in Canada, the Netherlands, and the United States before moving to the film industry with his parents due to injuries as an actor. However, he began appearing in films in 1996 at the age of 10. Some of his works are Escape from L.A., The Last Supper, Cold in July, and Blaze.

Boston Russell is the only child of Kurt Russell and his ex-wife Season Hubley. He is, therefore, the stepson of Goldie Hawn. Boston was born on February 16, 1980. Not much is known about what he is up to, but he has made several film appearances, mostly in cameo roles such as Executive Decision (1996) and 60 Minutes (2005).

Oliver Hudson is Goldie Hawn’s first child and only son with her second husband, Bill Hudson. He was born on September 7, 1976, and is also an actor. Oliver is most popular for his roles in films like Rules of Engagement, Nashville, and Scream Queens. Married and with three children, he made the covenant of life with Erinn Bartlett in 2006.

Kate Hudson is the second child and only daughter of Goldie Hawn and Bill Hudson. She was born on April 19, 1979. Kate is not only a famous actress but also a writer and fashion entrepreneur. She is the founder of Fabletics, a clothing line that has up to twenty-five stores in the USA.

I feel like even in her sleep she’s thinking, “Dad…stop” 😆 #❤️sAPhotoBomb