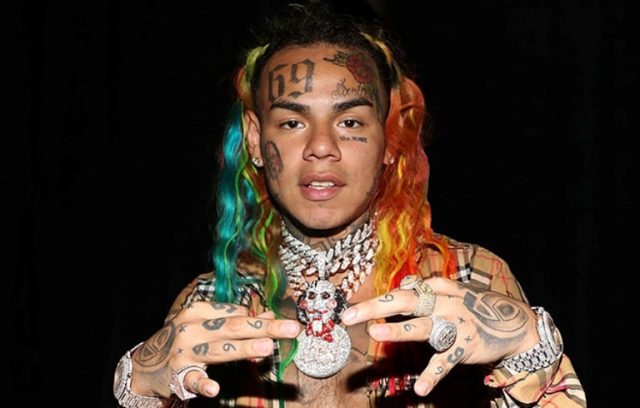 Gang affiliations are a common thing in the world of rap music. Several rappers from earlier years have been able to make a name for themselves in the industry after showing their gang affiliation, which has given them a lot of credibility on the street. Rappers like Snoop Dogg, Birdman, Nipsey Hussle, and Game, to name a few, are some of the more successful gang-affiliated rappers. But while these people have rightly talked about being members of street gangs, what made them different from younger generations like Tekashi69 was the fact that they never openly advertised gang activities and were not controversial wherever they went.

After a difficult childhood, Tekashi was drawn into the vortex of gang activity as a teenager. It made so much sense to him, as he hoped for a career as a rapper. However, as it turned out, belonging to a gang not only meant that he could be protected and confirmed from the streets, as he increased his reputation as a rapper and provocateur, but he also became a target of blackmail and gang violence.

6ix9ine, as he is also known, has since been behind bars on federal extortion, weapons, and drug charges, including conspiracy to commit murder and armed robbery, for which he has served life sentences. A native of New York, he eventually pleaded guilty and was sentenced to two years in prison for helping the prosecution convict several other violent gang members.

Tekashi69’s Life Before Becoming a Rapper

The story of Tekashi69 begins in the working-class district of Bushwick, Brooklyn, New York City. He was born on May 8, 1996, as Daniel Hernandez, the son of a Mexican mother and a Puerto Rican father. His father left the family when he was young, so he was raised solely by his mother and a stepfather who was later shot near the family home.

Hernandez, who suffers from asthma, was treated for post-traumatic stress disorder and depression as a result of the incident. Things never stayed the same for the young man, however, as he began to behave in school before he was finally expelled in the eighth grade. He had little choice but to find a job to support his mother financially. He also sold drugs to secure his income but was eventually arrested and convicted.

Controversies Surrounding Him and Feuds with Other Artists

Tekashi69 served time for drug trafficking on Rikers Island, where he was linked to the Nine Trey Gangsters, a prison subgroup of the Bloods Street Gang. After regaining his freedom, 6ix9ine started rapping and released several songs accompanied by anime videos. His work attracted attention because of his aggressive rap style as well as his rainbow-dyed hair and excessive tattoos.

Controversies about him and Feud with other artists Tekashi69 became famous for his constant clashes with SoundCloud rappers, including Trippie Redd. His first feud, however, was with a former partner, the rapper Junius “ZillaKami” Rogers. The two disagreed over ownership of the songs they had created together, which prompted ZillaKami to publish pictures and information suggesting that 6ix9ine was a pedophile.

Despite working together in April 2017, Tekashi’s feud with Redd began after he came across the pedophile allegations. The two then exchanged views via social media before things got so intense that Redd was attacked in the lobby of a New York hotel. 6ix9ine hinted via Instagram that he was responsible for the attack, and the two have continued to exchange information via social media ever since.

In May 2018, Tekashi69 amassed further controversy when he was involved in a shootout with the entourage of rapper Casanova. The consequences of the shooting would cost the rapper dearly, as he lost a $5 million headphone deal and was banned from the Barclays Center in Brooklyn.

For the rest of 2018, 6ix9ine had feuds with rappers Chief Keef, Tadoe, and Lil Reese, among others. He later confessed to having paid an employee $20,000 to shoot Chief Keef during one of his visits to New York.

How Tekashi69 Ended Up Behind Bars

Tekashi69 had the first problem with the law in February 2015, when he was accused of having had sexual contact with a minor during the shooting of a music video. The girl is said to have been 13 years old at the time of recording, while the rapper was already an adult. In October of the same year, he pleaded guilty in a case of using a child in a sexual performance. He accepted a deal that helped him escape his prison sentence and register as a sex offender, as he was given a four-year probationary period and had to do 1,000 hours of community service.

In January 2018, 6ix9ine strangled a 16-year-old boy in the Galleria Mall in Houston, Texas. According to police reports, the boy was approached by the rapper and his bodyguards after he tried to take him in. Hernandez was arrested in New York months later on a misdemeanor assault charge related to the incident, but the boy decided not to press charges.

A few weeks after this arrest, Tekashi69 was the victim of kidnapping and armed robbery by other members of the Nine Trey gang, who beat him up and got away with over $750,000 in custom-made jewelry and about $35,000 in cash. In November 2018, the FBI arrested him and other associates on multiple charges that resulted in life sentences. The rapper pleaded guilty to the charges brought against him and proved cooperative with law enforcement authorities when he testified against his former employees and gang mates in exchange for a reduced prison sentence. He was later sentenced to two years in prison and is expected to regain his freedom in 2020.

What We Know About Members of His Family

Tekashi69’s mother, Natividad Perez-Hernandez, immigrated to the United States from Mexico in 1988. She raised her son alongside his older brother, Oscar Osiris Hernandez. Although not much is known about his brother’s whereabouts and the relationship between the two, 6ix9ine is known to be very close to his diabetic mother, whom he has always looked up to after his success as a musician.

After his imprisonment and the decision to testify against his fellow Nine Trey gangsters, Tekashi feared that the gang members might attack his family in retaliation. It has been reported that immediate members of his family have hired additional security forces and are taking the extra precaution of not appearing in or near the courthouse.

Who is Tekashi69 Dating?

Tekashi69 is reportedly dating bartender and aspiring rapper Jade, whose real name is Rachel Wattley. The duo met a few weeks before the arrest of 6ix9ine because of his connection to the Nine Trey Gangsters.

Although Jade knew his past and his gang affiliation, she supported the rapper throughout his time. She even wrote a letter to Judge Paul A. Engelmayer and called 6ix9ine a kind-hearted person who was respectful, caring, and generous. As a sign of support and loyalty, she tattooed 6ix9ine’s face and the number “69” on her chest.